Busy, busy, busy! That is the only way to describe our trip to New York. T went to the mall with some friends on Monday, including E, and then had them back for some pool, pizza and a movie. E spent the night because Tuesday morning we got on the road around 5:30.

The boys saw quite a bit even if 80 is themostboringdriveinamerica. Like wow. It’s horrific, although T and I had a five hour conversation that filled the gap nicely and when E was awake the three of us took turns picking songs which is always fun. They were in five states in one day: Michigan, Ohio, Pennsylvania, Jersey and New York and were so psyched to see the first glimpse of the city as we approached the Jersey side of the George Washington. 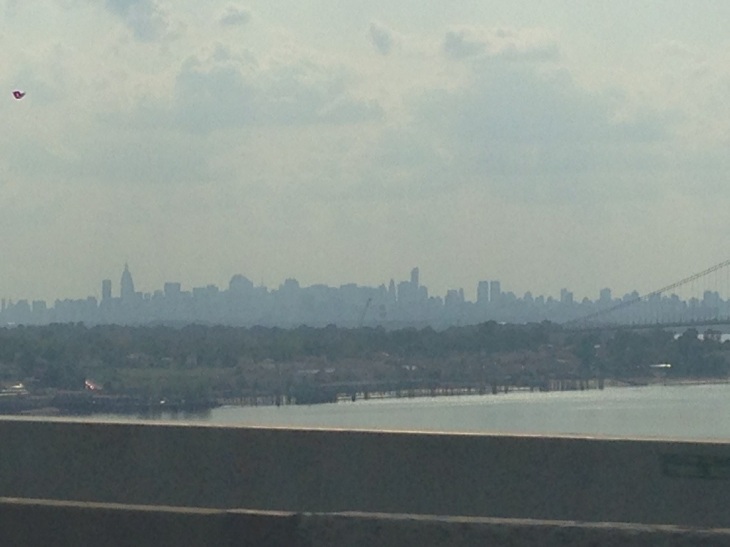 We arrived at my mom’s around dinner time and after introductions and showing them to the room they would be sharing for the trip we headed back out. We went to Merrick so that T could see the Everybody Loves Raymond house and snap a few pics with it for his dad. Everyone was really hungry so after that we tried to find a diner. How there are none I could find in the area is beyond me. How I wasn’t able to find one on Sunrise Highway is also beyond me.

After getting sick of driving around I headed back toward the North Shore and took the boys and MamaCz to the Broadway Diner because they wanted something “New Yorky”. For arrival night this was pretty eventful although it only got more fun and exciting from here.